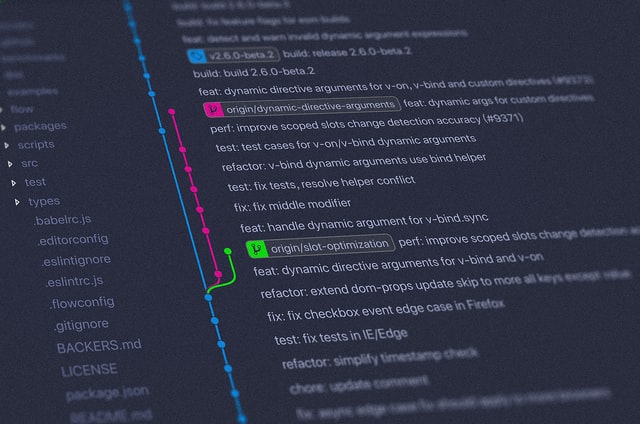 In my previous post, I gave the most basic commands to use git and a sample flow to use with GitHub. Today we will see another command and thanks to this command, we will refine the flow to make it better.

It is pretty common that while you do some work, the remote repository you started from (we will call that repository “upstream”) gets some new code. It means that upstream and your local copy have diverged. When you push your local changes to your forked repository (“origin”) and issue a pull request in this state to upstream, there are big chances that a merge will be needed.

The one receiving the pull request (upstream’s owner) might not be interested in doing a long, and painful merge. You have two options:

A picture is worth a hundred words:

At t0, both repository are the same. At t1, they have evolved differently. Revision B was done on upstream and revision C was done locally. At t2, after the rebase, we have revision C’ which is C but with B as a parent.

When doing a rebase, you might have to solve some conflicts as you would do for a merge. The big difference is that at the end, only revision C’ is new compared to upstream.

The difference with the merge is pictured right after:

If you want to know how the difference can be, take a look at this on Stackoverflow. So in general, prefer the rebase over the merge.

There is one golden rule though: as you are re-writting the history of the repository when doing a rebase, do not rebase if your changes have already been shared with another repository than origin. The reason why is well explained on the git website.

After you are done with your rebase, you need to push it to origin. A normal push won’t work because you have rewritten the history of your local repository. Pushing would create two heads on the master branch of origin. So you need to force-push to overwrite the history of origin.

You need to tell git that you know what you are doing by using –force. This will remove revision C and push revision B and revision C’.

Let’s update the GitHub flow we have seen in the previous article.

First step is to clone your forked repository. This is done with:

Now if you do ‘git remote -v’ in your freshly cloned repository, you will see something like:

Add a reference upstream (aka the repository your forked initially) This is done like that:

So now when you do a ‘git remote -v’ you shall see:

At this point go code, and commit your changes. As many commits as you wish… When you are done and happy with what you have done, you can push your changes to your forked repository so they can be saved there. It is quite easy to do so, simply do a:

You can code, commit and push some more if you want. Eventually, you will want to suggest your changes back to the project you have forked from. This is done with GitHub by submitting a pull request. More here on how to do it

If there are some new revisions in upstream that you did not have when you forked and cloned, the owner of upstream will very likely ask you to rebase. (And in general if upstream has diverged from your local repository, you will want to rebase.)

To do that, first fetch upstream. This will create a read-only branch in your local repository for upstream’s master and any other branch in upstream:

Now you can rebase. We assume you want to rebase your master on the upstream’s master. It would work the same for another branch. When you are on your master branch, do :

If you had several commits, they will all be replayed. Conflicts might happen. So git will pause and ask you to solve the conflicts exactly like it would do for a merge. The only difference is that once you are done solving a conflict instead of running ‘git commit’, you need to run ‘git rebase –continue’.

And when you are happy with it, you can push it to your forked repository by doing a force-push:

Your initial pull request should be updated.

Hi, I am Polo. I have always been interesting in technology since I was a kid. I first started using a Macintosh LC back in the early 90s when I was 10. I have been fascinated by computer science ever since. I discovered the Internet when it was not so much widespread in 1994 and remained connected since. I finally ended-up studying Computer Science and particularly Distributed Systems. I am now an engineering manager.