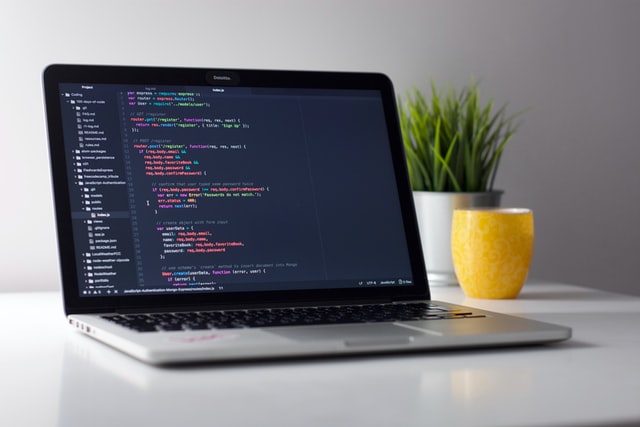 Git is probably one of the best revision control software out there. My very first experience with distributed version control system was with Bazaar 7 years ago and quickly after I tried Mercurial and Git. Git was extremely powerful but at that time it was also a bit tougher to learn.

So eventually I ended up using Mercurial and helped introducing it in my company. But I kept looking at Git from time to time (and had to remember that what is called ‘pull’ in hg is called ‘fetch’ in git and the other way around ).

At some point, I found that Git was really no longer so difficult and really more powerful. So despite my company was still using Mercurial I started using Git for my personal projects. Eventually my company will adopt Git as well next to Mercurial.

Getting a repository and doing changes

One of the best feature of Git is how it deals with branches. That’s the reason why I finally chose Git over Mercurial. It is extremely efficient to deal with branches in Git. But first things first, let’s first create a repository:

This creates an empty repository. Git is a distributed version control system, meaning that there is no centralized server that holds the entire history of the revisions. Instead, everyone can have a copy of the entire repository with the revisions history. To obtain a copy of an existing repository, you can use the clone command:

This seems a bit cumbersome a the beginning but it proves to be very powerful on the long run. You can stage in (or unstage) modifications. This is done by “adding” your modifications so they can be taken into account for the next commit. Suppose you create a new file FILE, it can be added using:

And then you can commit your added changed using:

After you have committed something, you can look at the list of revisions and see what has just been added. This is achieved by using:

If you want to have a more visual representation, you can also use:

‘git log’ has a number of options which are very interesting, so I suggest you take some time looking at them. In particular the ‘-p’ option.

We have seen the very basics. A important thing to understand is the difference between a repository – all the registered revisions since the creation of the repository – and the working directory – the set of files a given version of made of and that you can look at on your file system.

Every revision is identified by a SHA-1 identifier such as:

It is therefore easy to look what a given version looked like by doing:

The working directory, that is the say the fles you see and modify, will be updated to that specific version. You can go back to the latest version by using the special identifier ‘master’.

You can read more with this excellent guide from the Git web site. Make sure you understand the difference between the repository and the working dir before reading further.

Until now, we have made changes and committed them in our own repository. One thing to note is that the repository your work on is local. You can share your changes with another respository by pushing them using:

Alternatively, you can get the changes from another repository by doing:

Let’s move to branches. Branches are so convenient with Git what you will want to use branches all the time.

To create a branch it is as easy as:

You can list all the existing branches in your repository by doing:

The branch with the asterisk is the currently active branch, i.e. the one that is checked out in your working dir.

To move from a branch to another, simply checkout the one you want:

When you are working on a branch, you can add changes and commit them the same way we have seen (git add, git commit) after you have switched to that branch. After all, the default branch ‘master’ is just a branch.

It is possible to rename a local branch:

to rename the current branch we are on.

It is possible also to delete a branch once we are done with it:

Deleting a branch makes sense when we are done doing some experimentation with it, when we have finished merging the new development into the master branch or when we have shared all the development we have done in that branch with someone else. It is therefore possible to push to a specific branch on a remote repository from one of your branchs and also to pull from a specific branch into a one of your branches. We will see that later on.

or the more useful:

It is also possible to add a remote repository to the list of known ones using:

To remove a remote repository from the list of known repositories, it is pretty straightforward:

Same way you can rename it:

This is called a tracking branch. It is a local branch with a direct relationship to a remote branch. So if you want to retain the branch name from the remote repository you can also do the simpler:

Branches are really what you want to use Git for. It is so powerful at dealing with branches that you will find yourself using branches all the time. It is in particular possible to exchange branches with remote repositories. To publish a local branch to a remote repository, you can use:

and to remove a branch on a remote repository, the counter-intuitive:

It seems counter intuitive but it is actually extremely logical. Using this command you in fact instruct Git to take nothing from your side and to make it the remote branch in the remote repository. Hence, it is a delete…

It start from the latest revision of

This will show all the revisions your local branch has that the remote branch on the remote repository does not have. So very logically:

will tell you the revisions the remote branch on the remote repository has and that your local branch doesn’t.

ATTENTION: If you are using a tracking branch to track a remote branch in a remote repository, doing a ‘git fetch

Tracking branches are updated only after you merge. so you need to do:

And then you can run the ‘git log’ command to list the revisions between the two branches.

A typical flow with GitHub.

Let’s assume that you want to participate in the development on some cool repository on the great GitHub and that this repository is OWNER/REPOSITORY. First you need to fork it. This is simple, just click the ‘Fork’ button on the web site.

First step is to clone your forked repository. This is done with:

Now if you do ‘git remote -v’ in your freshly cloned repository, you will see something like:

Then I recommend to add a remote repository to reference the upstream (aka the repository your forked initially) This is done like that:

So now when you do a ‘git remote -v’ you shall see:

At this point go code, and commit your changes. As many commits as you wish… When you are done and happy with what you have done, you can push your changes to your forked repository so they can be saved there. It is quite easy to do so, simply do a:

You can code, commit and push some more if you want. Eventually, you will want to suggest your changes back to the project you have forked from. This is done with GitHub by submitting a pull request. More here on how to do it

Eventually, it will be merged (or rejected) by the owner of the repository. If it gets merged, it is to be noted that GitHub merges with the ‘–no-ff’ option of Git.

So there will be a revision to track the merge (no fast forward). This is a revision you won’t have in your forked repository. No big deal though, you’ll get it eventually when you sync with the original repository.

Indeed it is a good idea, once in a while, to keep your upstream remote updated with the original repository. You can do that by doing:

NOTE: you will get all branches present in upstream in read-only in your repository.

It is possible that you get also some developments made by others and merged into the initial repository. This is some code that you did not have before fetching. To merge this code into your repository, you can do:

If you had some local changes, this might require you merge locally. Once you are done, you can send it to your forked repository on GitHub by doing:

NOTE: even if you have just done a ‘git push’ to origin, you will need to do a ‘git fetch origin’. Git does not update local references after doing a push. And it is good it does not do it automatically

Alternatively, to keep yourself updated with upstream, you can simply do a

and when you are happy with it, you can push it to your forked repository by doing a:

Hi, I am Polo. I have always been interesting in technology since I was a kid. I first started using a Macintosh LC back in the early 90s when I was 10. I have been fascinated by computer science ever since. I discovered the Internet when it was not so much widespread in 1994 and remained connected since. I finally ended-up studying Computer Science and particularly Distributed Systems. I am now an engineering manager.